Launching ceremony of the Gerontechnology Platform 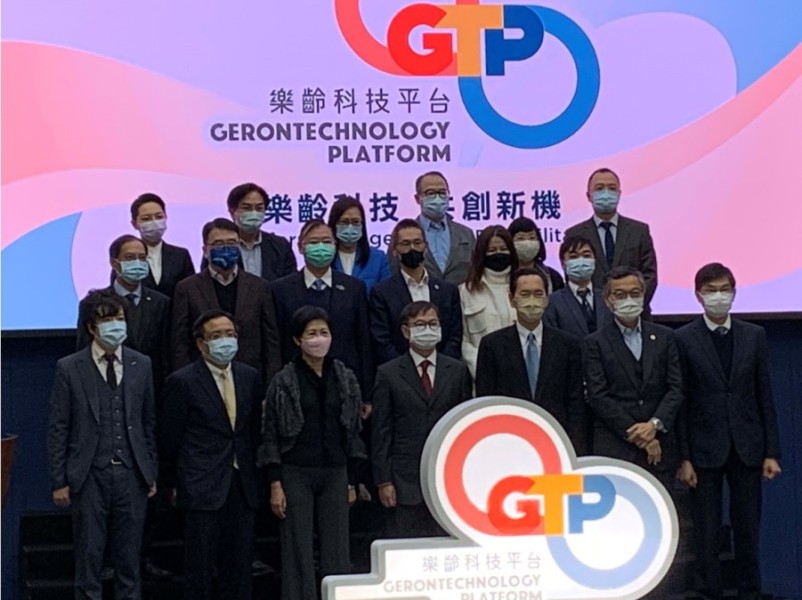 Commenced in January 2021, the Gerontechnology Platform is the second flagship project of the SIE Fund. A collaborative coalition of ten organisations led by the Hong Kong Council of Social Service (HKCSS) has been appointed as the intermediary to design, develop and operate an inclusive one-stop Gerontechnology Platform, with the aim of fostering the development and application of gerontechnology to address the challenges and seize the opportunities arising from the ageing population. The project has been making satisfactory progress since its commencement, with a newly released research report among its latest achievements.

On 1 December 2021, HKCSS held a launching ceremony for the Gerontechnology Platform at which the findings of the research report entitled “Building an Age-Friendly City - Embedding Gerontechnology Into Everyday Life” were also revealed. The research examined the development of the gerontechnology ecosystem since the "Landscape Study on Gerontechnology and Innovation in Hong Kong" conducted in 2017. While noting the narrowing of gaps in the ecosystem, the report also provides recommendations for improvements in various areas. Representatives of product and service users also attended to share with attendants how they benefit from the Platform.

The launching ceremony was followed by an annual summit at which participants exchanged views around the theme "An Age-Friendly & Carer-Friendly Smart City".