The Hong Kong Council of Social Service (HKCSS) launched the "Community Housing Movement" in September 2017. As the intermediary of the Movement, HKCSS establishes and operates a collaboration platform to bring in the joint efforts of landlords, social welfare agencies, professional bodies and different sectors of the community to provide affordable and decent transitional social housing to the grassroots without public housing support. The SIE Fund and the Community Chest have jointly provided HKCSS with a grant for funding the set-up of the platform and operational expenses of the intermediary during the three-year operation of the project.

HKCSS, as the intermediary of the project, is responsible for soliciting idle or under-utilised accommodation, conducting inspection, leasing and basic renovation, and then subletting the housing units to non-governmental organisations and social enterprises for operation. HKCSS also connects professional bodies to assist in different matters, such as site inspection, tenancy agreement drafting and renovation, etc.

Through the provision of accommodation and support services, the project can offer short-term relief to the individuals or families who are proven to be in need of transitional housing (queued for Public Rental Housing for not less than 3 years, or those with other long-term housing arrangement), currently living in dismal and inadequate housing conditions, as well as low income and in urgent need for community support. The rent is between the maximum level of the rent allowance under Comprehensive Social Security Assistance Scheme and rent of the Public Rental Housing, and it will not be higher than 25% of household income of the tenant. The project not only aims at meeting the transitional housing needs of the grassroots but also offering community support to them. Apart from providing accommodation, the operators also provide community-based social services, including personal development, life skills, community support and recreational activities, etc., to the tenants to enable them to live independently in the community in future.

The funding period has ended in November 2020. As of November 2020, the Community Housing Movement has engaged 14 social service agencies as service operators, and provided 506 housing units to benefit 650 grassroots families. Of which, over 90% of them are on waiting list for public housing.

In addition to the number of flats provided, the Movement is also bringing about positive effects in different aspects.

HKCSS has commissioned The Department of Applied Social Sciences of The Hong Kong Polytechnic University to conduct a social impact evaluation study. The study team adopted a blended research methodology (quantitative & qualitative) by conducting surveys and focus group interviews with tenants, social workers of the service operators and other stakeholders. According to the final study report, the surveyed tenants’ living area increased compared with their previous accommodation; while the overall financial stress level has deceased by nearly 30% after accommodated in social housing units. In particular, the financial stress level related to “housing” expenditure reduced by almost 40%. In addition, after moving into social housing units, the interviewed households indicated that their living conditions and neighbourhood relationships were improved. Positive impact was brought to their well-being and children's growth. Furthermore, the surveyed tenants indicated that their understanding on resources available in society has been increased. Around 90% of the respondents were satisfied with the project.

The capacity of the Movement's partners was built. The practice guidelines drawn by HKCSS could support operators in the implementation and management of projects. Operators and frontline social workers acquire skills and knowledge in recruiting, matching and connecting tenant households, as well as in property maintenance and more. All in all, the study team recognised the intermediary role of HKCSS in this project, its services and support to service operators could facilitate the long-term development of the project.

The Movement is a successful demonstration of transitional housing. Social housing projects are being put forward or proposed by several organisations. Government measures to facilitate initiatives from the community are in place. [Note] 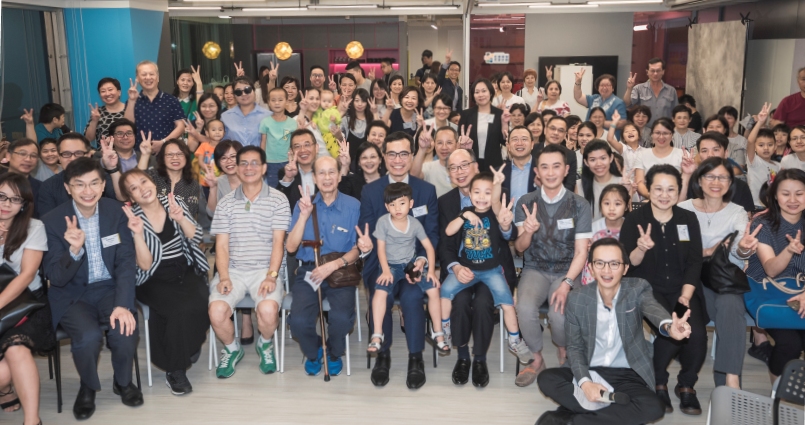 Note
For instance, the Task Force on Transitional Housing has been set up under the former Transport and Housing Bureau to co-ordinate and provide one-stop support for community-initiated projects (see paragraph 137, Transitional Housing, Budget Speech by the Financial Secretary, 2019-20 Budget); waiver fee, rent and associated costs are to be exempted for land applications related to the provision of transitional housing (see government press release issued on 18 April 2019).