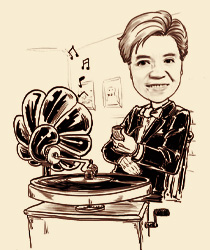 Mr Timothy KW Ma, MH, JP, has been a professional social worker (Registered Social Worker - RSW) for more than 40 years and is also a Fellow Certified Risk Planner of The Institute of Crisis and Risk Management. He has been appointed to the SIE Fund Task Force since 2013.
In describing what he does, Mr Ma always says that "Time is limited, No dominant work". He is not only a renowned elderly service worker but also active in fundraising and social innovation and serves as a mentor for several social ventures to tender his utmost support to social entrepreneur apprentices.
Mr Ma was the Founding Executive Director of Senior Citizen Home Safety Association. During his 16 years of service, the Association endeavoured in pursuing innovation in elderly care and support services and it won the 2005 Asia Pacific NGO Award. It was crowned the 2009 Regional Social Enterprise Award (East and Southeast Asia) by the Schwab Foundation for Social Entrepreneurship, while Mr Ma himself was selected as the best social entrepreneur.
Besides serving in elderly service for more than 36 years, he also served as the Executive Director of the Project Flame of The City University of Hong Kong from 2012 to 2016, supporting his students in their practice of social innovation.
Mr Ma contributes to society through numerous public service positions. He now serves as a member in the Executive Committee of Hong Kong Housing Society, Land and Development Advisory Committee, Technology Voucher Programme Committee, Private Columbaria Appeal Committee, Obscene Magazine Tribunal, and the Land Sharing Pilot Project Steering Panel. Currently, he also serves as a part-time or honorary lecturer at various universities teaching fundraising, social innovation and social enterprise operations, as well as strategic leadership. He is also a professor of The Institute of Crisis and Risk Management, and a Panel Member of Gerontology of the Vocational Training Council.