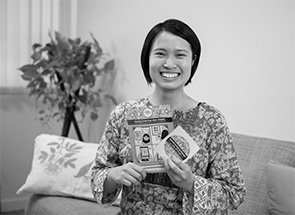 Ever since being an English teacher and a friend of ethnic minority (EM) women a few years ago, Gigi Lo has strived to make their voice be heard. The South Asian community is a relatively big minority group but they are always invisible from public sight, despite some having their roots in Hong Kong for generations. "Those non-Chinese Hongkongers include Pakistanis, Nepalese, Indonesians and Indians. Some of them only speak their mother tongue and cannot communicate in Chinese nor in English," Gigi explained. "The problem is especially critical for the housewives." Many of them cannot read notices in the community or from their children's schools; sometimes they can hardly rent an apartment or seek help from their neighbours. The cases may be trivial but the consequences can be terrible.
"They used to seek help from social workers in the past, but the limited manpower and working hours hindered timely assistance." Gigi then created a WhatsApp group to connect female EM users with seven volunteer translators who provide instant translation service. That was how Translate for Her (THEM) started. "This idea of crowdsourcing fills the service gap and facilitates social inclusion at the same time," says Gigi.
After two years of operation, the number of WhatsApp group has grown from one to seven, and volunteers increased to 150. THEM aims to help the ladies go further, so it is now producing Cantonese teaching videos for them for free. Far more than solely translation, Gigi and her partners will continue to empower the EM women and to support their social engagement.